Our Hot Topic guest on the Lykken on Lending program today is Jeffrey Bode, Chairman 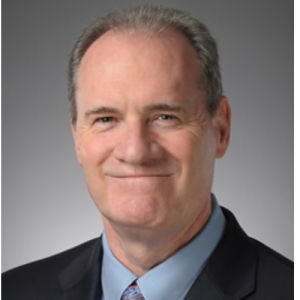 of the Board, Chief Executive Officer and President of Mid America Mortgage, Inc.

Topics Covered in this Episode:

The first half of the program will start with an MBA Mortgage Minute from Rob VanRaaphorst and then we’ll have a TMSpotlight Soundbite from Les Parker focusing on his macroeconomic perspective on the economy with a music parody. Next up is Joe Farr providing you a rate & market update, Alice Alvey of Union Home Mortgage providing a regulatory & legislative update followed by Allen Pollack giving us a Tech Report of the latest technology impacting our industry. Then Andy Schell, a/k/a “Profit Doctor” sharing ideas on how to improve your bottom line.

Mr. Bode purchased Schmidt Mortgage Company on March 31st, 2010 and reorganized its operations and incorporated the loan production of Moncor (a mortgage operating unit he managed prior to the acquisition) in August of 2010.  In December of 2011. Mr. Bode changed the name of Schmidt Mortgage Company to Mid America Mortgage, Inc.  Bode founded the original Mid America Mortgage, Inc. in 1989 and was the first lender to develop an interface inside Calyx’s Point software.  The interface enabled brokers to price, lock, underwrite, and receive loan status, while drawing loan documents within Point or from a website linked to Point.  Mr. Bode further developed the technology and has utilized those advances to offer superior performance in the mortgage industry.  In 2003, Mr. Bode sold the assets of the previous Mid America Mortgage, Inc. to Aegis Mortgage and focused on developing his software until 2007 when he returned to the mortgage business.  Mr. Bode opted to stay out of ownership of a mortgage company due to the perceived risk he saw in the products being originated from 2004 until 2007.  During that time he focused on winding down the original Mid America Mortgage, Inc., developing Mortgage Machine software, and creating a tax lien business.

Mr. Bode also has successfully founded and grown two other companies.  Moncor Tax Advisors is a tax lien company that he founded in 2006.  Within two years of its founding, Moncor became the largest single family tax lien company in the State of Texas.  In 2014 Bode sold the assets of Moncor Tax Advisors.  Bode also owns and manages Mortgage Machine Services Inc. a technology provider that is an IT solution for mortgage companies.  It is the origination system that MAM utilizes.

Bode has been in mortgage banking since 1981.

Excerpts from this Episode: