Are You Interested in Learning from Real Estate and Mortgage Industry Leaders? Listen to Jack Guttentag, the Mortgage Professor

David Lykken and Mark Jones have launched a new podcast series entitled, Lykken On Leadership. It’s a weekly podcast that interviews leaders from the Real Estate and Mortgage Industry. 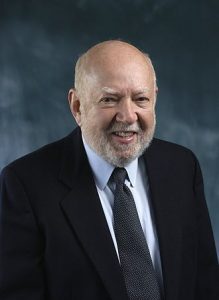 He is Jack M. Guttentag, now Professor of Finance Emeritus, formerly Jacob Safra Professor of International Banking, at the Wharton School of the University of Pennsylvania. Earlier he was Chief of the Domestic Research Division of the Federal Reserve Bank of New York, on the senior staff of the National Bureau of Economic Research, and managing editor of both the Journal of Finance (1974-77) and the Housing Finance Review (1983-89).

Professor Guttentag has been a student of the home loan market for many years, and his bibliography of scholarly articles, books and monographs is large and diverse. He has also been an active practitioner, serving as a consultant to many government agencies and private financial institutions, including the Department of Housing and Urban Development, USAID, Freddie Mac, Citicorp, Dominion Bancshares, the World Bank, J.P. Morgan Securities, the New Zealand Bankers Association, and many others. In addition, he has been a director of the Teachers Insurance and Annuity Association, Federal Home Loan Bank of Pittsburgh, Guild Mortgage Investments, and First Federal Savings and Loan Association of Rochester.

Throughout his career, Professor Guttentag has been concerned with the difficulties faced by consumers in the home loan market. In 1985 he joined with Gerald Hurst, a colleague at Wharton, to found GHR Systems, Inc. which developed a nationwide electronic network that lenders use to deliver complex mortgage information quickly to loan-officer employees, mortgage brokers, and consumers using the internet. The company also provided easy-to-use tools that enabled loan officers to act as consultants to borrowers during the origination process, while speeding up the process. In August, 2005, GHR was purchased by Metavante Corporation.

In 1997 Professor Guttentag began to phase out his teaching at Wharton to focus his efforts more fully toward helping consumers navigate the home loan market effectively. He began a weekly column on mortgages that is nationally syndicated, initially by Tribune News, currently by Tribune News Services, and began the development of this web site. The major purpose of both is to help consumers make better decisions. He published The Pocket Mortgage Guide in 2003 and The Mortgage Encyclopedia in 2004, with a second edition in 2010; all were published by McGraw Hill.